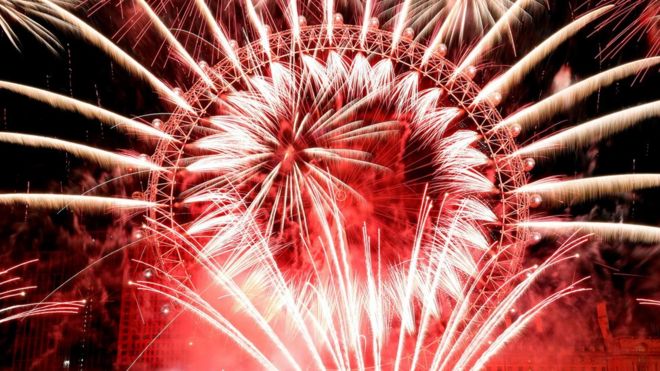 Police are warning people not to attend New Year celebrations on the River Thames in London without a ticket, as the UK prepares to usher in 2020.

More than 100,000 tickets have been bought for Tuesday night’s sold-out fireworks display.

The Metropolitan Police urged those without tickets to watch from home or attend other events in the city.

It comes as areas across the UK prepare to celebrate the beginning of the new decade.

Large pyrotechnics shows are also to be held in cities including Manchester, Cardiff, Newcastle, Inverness and Nottingham.

And in Edinburgh, celebrations have already begun, with thousands taking part in a pre-Hogmanay torchlight procession on Monday evening.

In a statement to those visiting London for the celebrations, the Met said it wanted “everyone who comes to London for New Year’s Eve to have a good time”.

However, referencing the fireworks on the Thames, the force added: “If visitors do not have a ticket, entry will not be permitted to the event, so the advice from the Met is to watch the fireworks from the comfort of your home.” 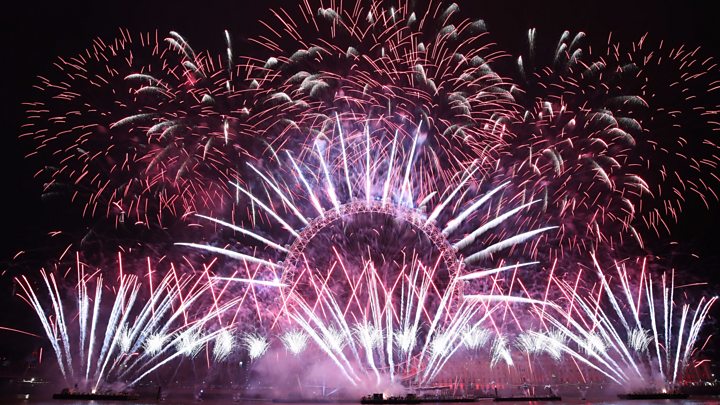 Media caption London counts down to the 2019 New Year fireworks

In London, approximately 12,000 fireworks are set to light up the capital’s skyline when the clock strikes midnight on Tuesday. Roughly 2,000 of the fireworks will be fired from the London Eye, with the remainder coming from barges that will be moored in a central location along the River Thames.

Big Ben’s chimes will sound the start of the display, despite them being silent this year while renovation work is completed.

Mayor of London Sadiq Khan said the the city’s “key” role in hosting several key games in the Euro 2020 football championship would be celebrated.

He said: “I am so excited that we are hosting seven games at next summer’s championship.

“Once again, we will show that London is open to the world as we welcome sports fans and football stars from all over Europe.”

In Edinburgh on Monday night, crowds created a huge “be together” symbol of two people reaching out a hand in friendship in a display of fire art in Holyrood Park.

On New Year’s Eve itself, tens of thousands of people are expected to attend a Hogmany street party featuring acts including Mark Ronson, Marc Almond and Idlewild.

The event covers at least part of more than a dozen streets in the city centre.

The evening is set to be cold but dry for many, with temperatures in Scotland and parts of northern England forecast to be around 1C (33.8F) or 2C (35.6F), according to the Met Office.

The rest of the UK is likely to see the mercury fall to around 5C (41F).

Parts of central England could see some drizzle on Tuesday evening while there may also be patches of fog appearing across the UK, according to Met Office forecaster Greg Dewhurst.

However, it is unlikely that visibility will be poor in either London or Edinburgh, he added.

The Nigeria Labour Congress (NLC) on Wednesday, said it cannot …

The House of Representatives has ordered its Committee on Power …